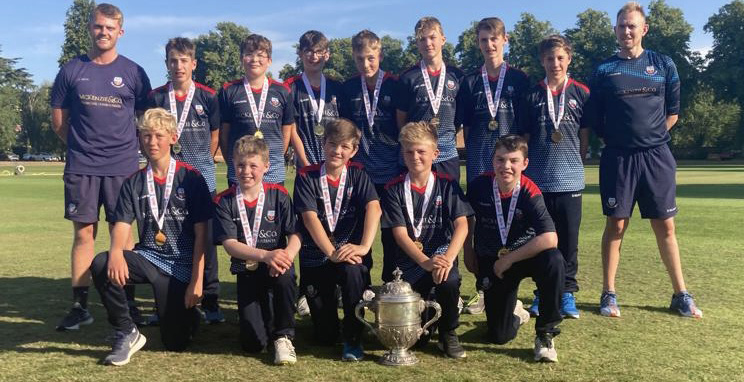 Bath u13s continued their excellent form with a win over Winsley to finish the season unbeaten completing the treble.

Bath lost the toss and were inserted to bat. Openers Rhys and Will got Bath off to a quick start scoring plenty of quick 1s and 2s putting pressure on the field. We lost our first wicket after scoring 20 off 4 overs. Winsley bowlers started to get back into the game taking some early wickets and building the dot balls. Peter and Sam S into bat and straight away they put the pressure back on winsley hitting consecutive boundaries and scoring at 10 an over. Peter was dismissed for 42 and Sam s in the 20s. Bath finished with a score of 129.

Winsley at the crease now facing openers Peter and Alex. Peter struck first with 2 wickets in his first over and Alex at the other end bowling maidens. Wickets continue to fall with Bath bowlers sharing the wickets. Winsley finish with a score of 85 including a valiant effort from their number 4 scoring 55. In the end it wasn't enough. (Almost looked like they were facing the best bowling attack in the country 😉)

Bath win by 44 runs to claim the Bath and District Youth Cricket League- Cup and finish a spectacular season unbeaten including the League and National Cup.

Just want to give a special thanks to all the players and parents this year for all the hard work on and off pitch.