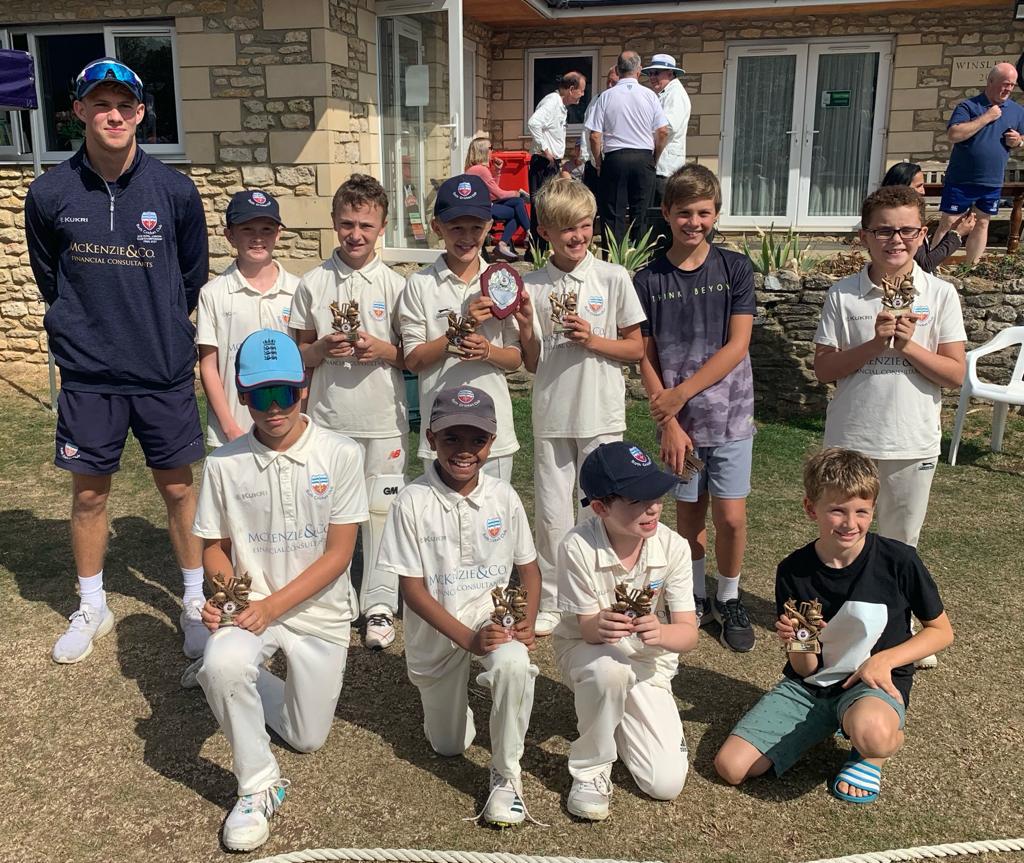 Alfie claimed yet another toss win and chose to have a bat. Luca and Oscar got the boys off to a solid start playing sensibly, tallying up 14 runs off the first 4 overs for no loss. George and Alec were the next pair in. Both batsmen took an over to get to their eye in but once they did were destructive, smashing 3 boundaries in their last over to bring the total to 236, which saw them bump fists with Zac and Monty. Winsley thought they had Bath on the ropes with a wicket off their first ball to the pair, but the Bath boys battled to add 15 runs off the rest of their allocation, bringing the total to 251 off 12 overs. The Hooper brothers came to the wicket with confidence and it showed. They played freely and even with a quick loss of 2 wickets managed to reach the boundary on 6 occasions plus an all run 4, setting Winsley a difficult total of 290 to win. George and Monty bowled the first set of 4 between them and restricted Winsley to 217, with one pole for Monty. 4 more great overs from Alec and Luca continued the good work, with Luca bowling a brilliant 2 overs of leg spin for only 2 runs and taking a wicket, a net of -3. Skipper Alfie brought himself on and was an immediate impact taking two quick wickets. The boys buzzed in the field and the game was on the edge. The U11 Bs needed to keep momentum in their favour to reduce the score as the Winsley power hitters were being saved until the final 4 overs. Step up to the plate Jonty. 6 balls and 4 wickets later it was a completely different game due to some pinpoint bowling and sharp glove work from Oscar behind the sticks. With the score back down to 218 at the end of the 11th, Winsley were reeling and our boys were dominant. The energy stayed high as Zac bowled wheels and kept their big hitters at bay over the last set of 4 to give the boys their well deserved title, celebrated with members of the squad who had come to show their support. An incredible team performance with moments of individual brilliance was the perfect way to round off an incredibly successful campaign which the boys should all be proud of. A thoroughly enjoyable season from both mine and Will’s perspective and I’m sure all the boys too, with memories that will live long! Up the Swords ⚔️