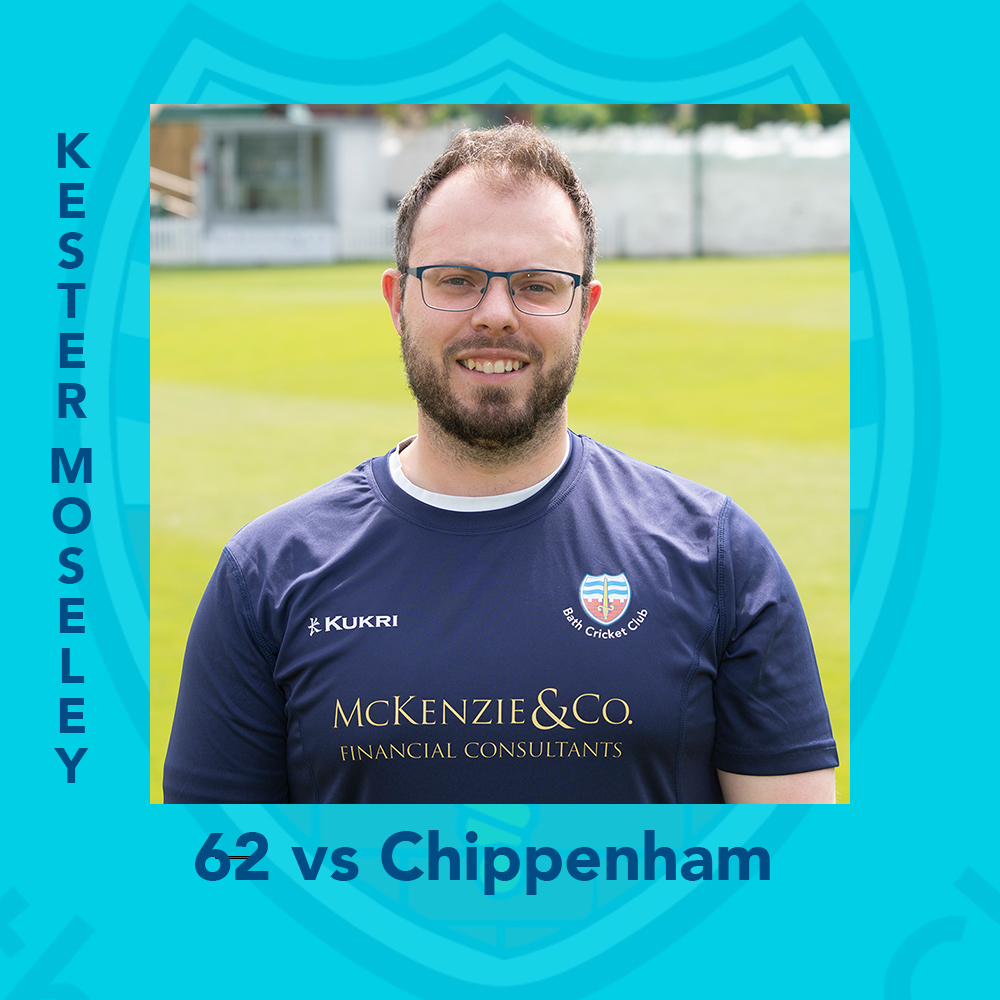 Another league win secured as Bath defeated Chippenham by 47 runs.

After being asked to bat first, there was early trouble for Bath as Tim Rouse was dismissed without scoring before a rain interruption halted the innings at 22/1 from 8 overs. The delay reduced the game to 41 overs per side and after the restart Brad Porteous and Kester Moseley took the score on to 49 before Porteous was caught in the deep for 19. Moseley was joined by Paul Muchall and the two of them batted well together to lay a foundation - compiling a partnership of 84 before Moseley was run out for 62. Sam Mount, Harry Hankins and Will Arney all came in and played some big shots taking the Bath innings to a competitive total of 224/6.

The Chippenham reply was always kept under control by the Bath bowlers - George Axtell striking early, before Tim Rouse picked up a wicket as reward for another good spell of spin bowling. Another wicket followed for James Arney but the innings was finely poised as Chippenham reached 150 in the 32nd over with 2 batsmen set. However the bowlers continued to apply the pressure and the Chippenham batsmen eventually crumbled - Arney taking 3 more wickets and Axtell, Hankins and Matt Cadywould also striking before a run out finished the innings on 178.

Massive game at North Parade next Saturday as league leaders Potterne come to Bath - a victory is vital for us if we are to continue to mount a challenge for the title as we enter the last 5 games of the season.